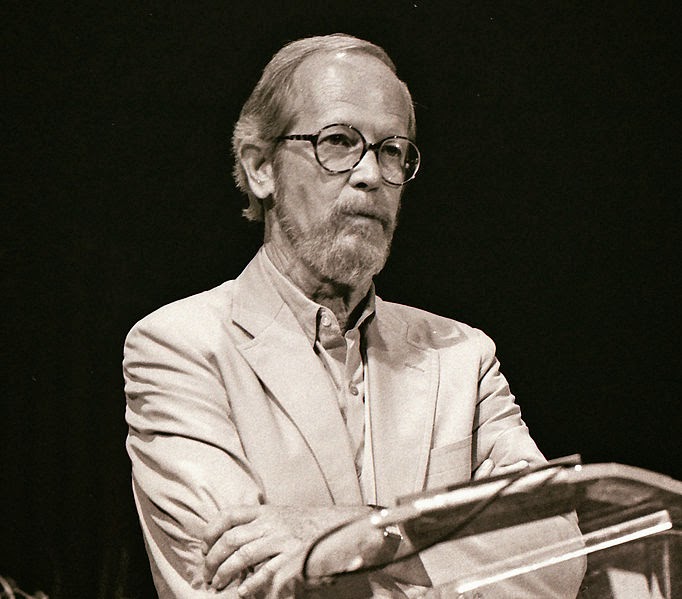 A few years back I was invited to the Tucson Festival of Books. A friend of the festival picked me up at the airport. She asked if I would mind sharing a ride with another writer. I said of course not. She said we would have to wait a few minutes because he was having a cigarette after his flight out from Detroit. I asked who we were waiting for. She told me it was none other than Elmore Leonard. When I met the legend I was tongue-tied. I didn't know what to say in the car. He was a very  gracious man,however, and when I said I would like to get a book signed by him for my mother he said he would be happy to.

As you can imagine, Mr. Leonard was besieged with requests for his signature. However when I approached him he immediately recognized me, smiled and told me to come to the front of the line. He signed a copy of his book for my mom, Patty. It remains in her library today.

Below is an article on five quotes from Mr. Leonard on writing. They're worth reading. My favorite however remains his quote that he only writes the parts of the book that people read.

5 Quotes on Writing from Elmore Leonard
Posted by Unknown at 3:46 PM 1 comment:

*Dugoni’s latest novel (The Conviction; Murder One) combines the best of a police procedural with a legal thriller, and the end result is outstanding.  VERDICT Dugoni continues to deliver emotional and gut-wrenching, character-driven suspense stories that will resonate with any fan of the thriller genre. The author’s series protagonist lawyer David Sloane is nowhere to be found, but readers will not care. In fact, they will eagerly await  another story featuring Tracy Crosswhite.